TALKING HEADS: What Does The Future Hold For The Proof-Of-Stake Ethereum?


Believe it or not, the Proof-Of-Stake Ethereum is a reality. Those crazy kids really did it. To celebrate the achievement, Bitcoinist turns the mic to the captains of the industry. It’s time for the TALKING HEADS to discuss one of cryptocurrencies’ most important news of the year. This time, we kept the question vague and got a variety of answers that cover the Proof-Of-Stake Ethereum from several angles.

We also included opinions from podcasts and blogs, because why not? The idea is for the TALKING HEADS feature to be as entertaining as possible. And here we go…

“I think it’s hard to overstate how big this upgrade is. The transition to proof of stake has been part of Ethereum’s original development roadmap back when the blockchain first launched in 2015. Developers had thought that this upgrade would be ready earlier in 2016, but due to the technical challenges of actually swapping out the consensus mechanism of Ethereum while it’s live, that brought forth delays.

And so people have been asking for this upgrade, developers have been working on this upgrade for around seven years now and it’s truly, it was almost to the point where people had thought that it would never transition — that this transition to proof of stake was just a pipe dream. And so the fact that this is the week in which Ethereum will finally fulfill one of the promises that it had made to its users, its investors back when it first launched, I think is pretty monumental.”

The Proof-Of-Stake Ethereum Is Still An Experiment

“It is a massive undertaking to switch the second biggest cryptocurrency from PoW to PoS mid-flight, and the fact that the eth community managed to achieve this is super exciting! I’m hoping for it to be faster and cheaper (similar to avax), but too early to say since Eth has far more usage compared to other PoS chains.

Main criticism – It just fails to achieve the core objective of crypto, which is depoliticized money.

Your exchanges/custodians are the biggest stakers and they’re highly regulated. Which makes this network quite vulnerable to political control by the state.

General opinion- we don’t know how everything is gonna play out. It’s one of the experiments in the history of open source software and we’ll see how it goes.”

“Ideally, the upcoming chain will be more energy-efficient, propelling Ethereum to the top of the charts for investors and asset managers who value ESG considerations. The incoming energy-efficient chain presents a plethora of case studies and considerations that may have a positive or negative impact on current stakeholders, depending on how they embrace the change. “

Great, Great, But Buy My Product

“While it is admirable that cryptocurrency is utilizing blockchain technology to reduce emissions, the truth is – the sector needs to broaden their sustainability efforts.

It is no longer sufficient to simply reduce one’s emissions, and an industry that is used by several other organizations such as cryptocurrency – should recognize that no amount of energy reduction tactics will help humankind achieve net-zero emissions. Like many, at the end of the day, cryptocurrency is always going to be creating a carbon footprint.

Companies like Ethereum shouldn’t stop seeking alternative ways to reduce their electricity because that’s the first step, but they should go deeper and also strive to reduce emissions externally.

Transversal companies such as Ethereum aren’t start-ups that are seeking to grow. They are already established and have the resources necessary to do more to reduce emissions outside of their own company.

For instance, this could be done by participating in carbon offsetting projects, or by altering their activities to contribute to the development of sustainable models.”

Is Mr. Normand throwing shade at Ethereum by calling it a company? We’ll never know for sure.

“Overall, ETH 2.0 is a major update to the network, and the work of the developers who made it happen cannot be overstated. While this is an early step in the mission towards more scalability and security outlined by Ethereum developers, the success of the Merge shows that the talent and determination needed to achieve these goals are not in short supply.”

And that’s it for today’s TALKING HEADS. Before we close the book on the Proof-Of-Stake Ethereum, it’s time for tradition. To close today’s feature we leave you with:

This one’s from the band’s 1985 album “Little Creatures.” 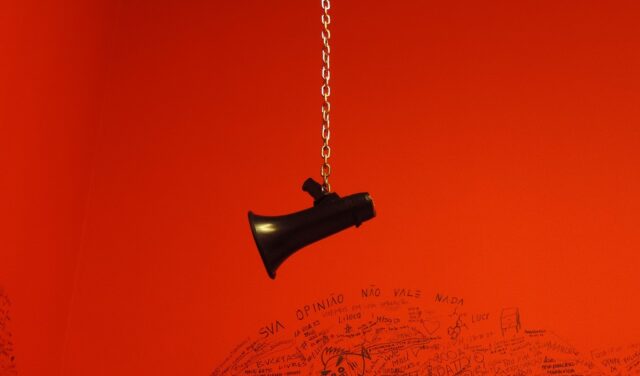 Bitcoin BTC Price Hovers Near $23K; Why AI Token Prices Are on a Months-Long Tear

Bitcoin BTC Price Hovers Near $23K; Why AI Token Prices Are on a Months-Long Tear